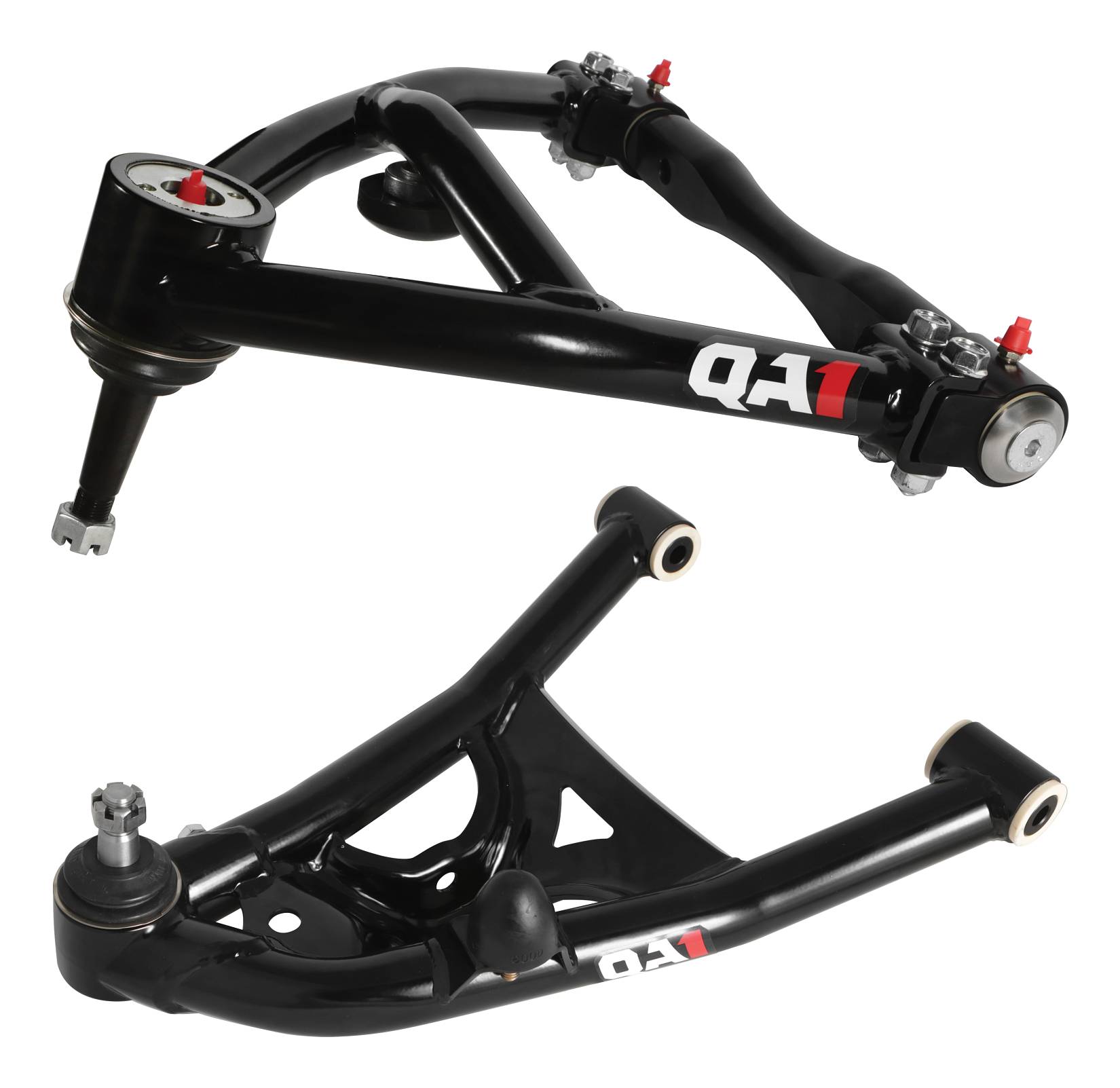 Anyone into modifying cars will have heard the words “tubular control arms”, but what exactly do they do? Are they worth the time and effort to install or are they simply unnecessary add-ons that simply exist as a flex? Are there benefits of tubular control arms?

If you’ve ever thought about upgrading your stock control arms, then this guide is for you! We’re going to look at everything related to tubular control arms: their function, their benefits, and the many different variations that exist. We’ll also try to answer any questions you may have to help you decide if they’re the right upgrade for you!

What Are Control Arms?

Control arms are integral parts of your vehicle’s suspension system. They serve as the direct connection point between a vehicle’s wheels and its frame. Control arms allow the driver to turn the wheels while also providing stability.

Aside from turning, control arms are also responsible for guiding the vehicle’s wheels as they go up and down following the surface being driven on. The hinge joint keeps the tires planted on the ground, regardless of any bumps or potholes. Bushings, which are parts of the control arms, also prevent metal-on-metal contact as the arms move up and down. This reduces vibrations and noise for smoother rides.

Control arms come in different shapes and sizes. The standard designs have changed over the years, so it’s important to at least have an idea of what design your vehicle might have. This will help you search for compatible upgrades easily and understand what kind of maintenance you might need to perform.

A-shaped arms, also called wishbone arms, are perhaps the most common design for these components. They’re shaped like a triangle with both a narrow and broad end. The narrower end is where you’ll find the ball joint while the broader end is where you can find the bushings.

L-shaped arms are similar to A-shaped arms except for their shape. Both function to connect a ball joint to the steering knuckle that turns the wheels.

Double wishbone-shaped arms were the standard for a long time. Vehicles that used this system required two arms: upper control arms and lower control arms. This meant more maintenance had to be done on the arms, which is why they were eventually phased out in favor of the MacPherson suspension system. However, some high-end cars still use the double arm system today because it provides better handling and control.

Some vehicles used adjustable control arms for more flexible driving. These improve vertical alignment and ensure proper traction. They are a specific use case, but you may still encounter them on some truck models.

If you’re at all into cars or racing, then you’ll understand that going fast isn’t all there is to performance driving. Handling is just as (if not more) important than your top speed or acceleration.

Tubular control arms exist as an upgrade to the default stamped steel control arms that come with most vehicles fresh from the factory. Installing them will help improve your car’s handling, suspension, durability, and aesthetic!

While typically overlooked, there’s no overstating the impact of having high-quality tubular arms. Let’s quickly run down the benefits they provide.

There are different tubular control arms available, and choosing the right one usually depends on the make and model of your specific vehicle. You’ll also need to know what type of driving you plan to do with the car in question.

All of these tubular arms can be used for any type of driving, but the differences in their designs will help you customize the driving experience to suit your needs. For example, if you’re hitting the track every weekend, then you might want to install products specifically made for drag racing to give you more control. But if you just visit the track once or twice a year, then street arms will suit you just fine.

The GM A platform, or A-body, was an automobile platform produced by General Motors between 1925 and 1981. Notable cars in this category include some iconic vintage models from Chevrolet and Pontiac, including the Chevrolet Chevelle, Chevrolet El Camino, Pontiac GTO, even older models such as the Chevrolet Superior and Oldsmobile Series 60.

Almost all these models share the A-body, meaning they all accept the same type of control arms. Aftermarket control arms for this group of vehicles mainly improve handling while upgrading the durability of stock arms. This is done by increasing rigidity and decreasing weight since these cars were primarily designed for casual driving on a road.

The General Motors F platform, or F-body, was the rear-drive automobile platform used by the company between 1967 and 2002. There have only been two vehicles produced using this platform: the Chevrolet Camaro and the Pontiac Firebird.

These cars were meant to go fast, which is why you’ll usually find them made for pro-touring. Many companies specifically make their products to improve camber for F-body cars. Keep an eye out for longer ball joints as well. Cars with power steering will really benefit from this upgrade.

Tubular control arms for all these cars come in different variations, and your choice will depend on what you plan to do with your vehicle. Some good brands to look out for are Spohn, QA1, or UMI.

The iconic C10 is the half-ton two-wheel-drive truck produced by Chevrolet under General Motors in the 1960s. Due to the amount of weight these trucks pull, their control arms also tend to noticeably wear out over time.

The safest way to fix the issues that come with this wear and tear is to simply replace them with newer aftermarket options that provide better durability and geometric improvements. Some well-known brands for C10 Chevrolet models include Hotchkis and Porterbuilt.

Despite looking simple, control arms are an integral part of all road vehicles. They directly connect your wheels to the vehicle’s steering kit and provide stability to its front-end. Without them, it would be impossible to drive at all.

Tubular control arms are a direct upgrade to the stock arms that usually come with most vehicles. They improve geometry, increase stability and durability, provide upgrades to both bushings and ball joints, and even improve appearance. Overall, they’re a great way to easily modify your car’s handling.

Upgrading your control arms can be expensive, which is why it’s also very important to have the proper knowledge. Do your research beforehand, follow our guide, and figure out what type of driving you plan to do before investing in the upgrade. You’ll be on your way to a better driving experience in no time!