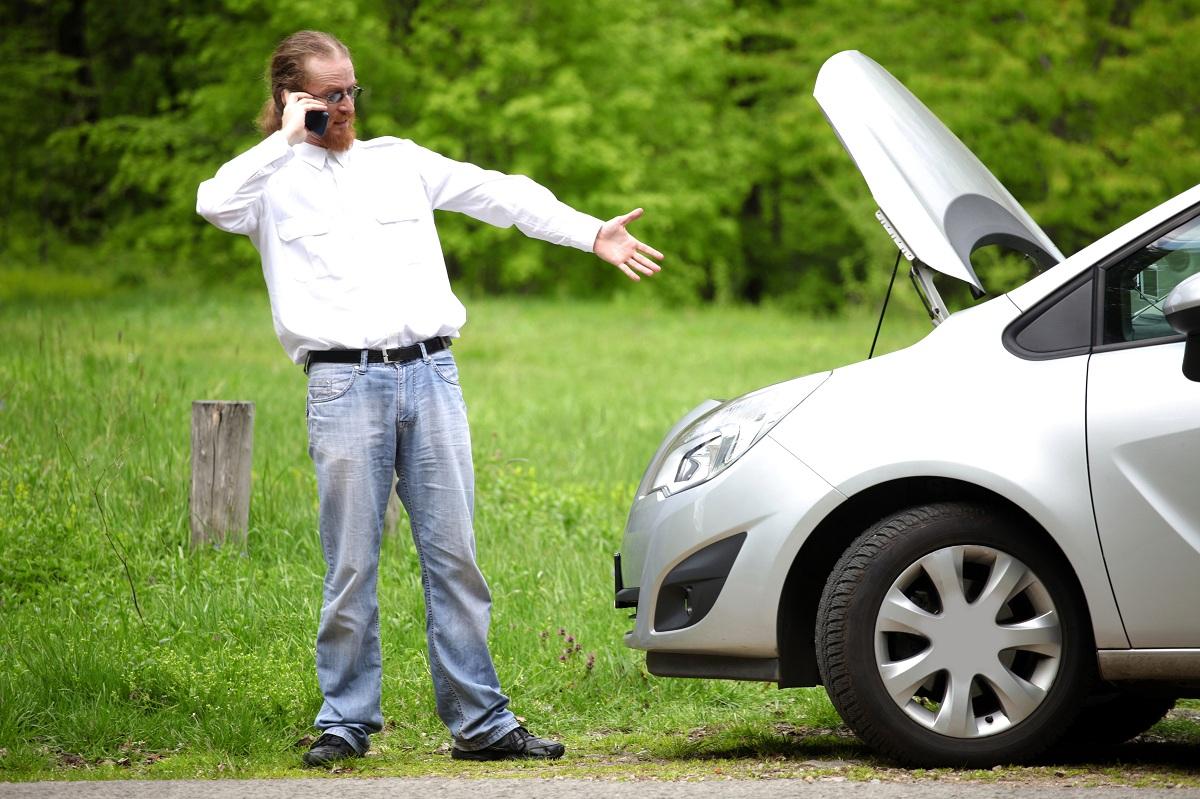 Just like any traditional vehicle can break down while you're on the road, electric cars are also susceptible to failure. They can often malfunction for various reasons, such as issues with the battery, charging system, or motor.

However, when an electric car breaks down, there's significantly less occurrence compared to traditional vehicles. In contrast, if a traditional car's engine fails, then the problem might be slightly bigger than you think. It can be something as small as changing the spark plug or shaking a wire, or it can be a major problem in the engine.

Today, we will discuss all the possible reasons why an electric car can break down.

So without further ado, let's begin.

READ: Can You Jump Start An Electric Car?

There Could Be a Problem with the Engine

Most electric engines are powered with a battery and have fewer moving parts compared to full-scale traditional petrol or diesel engines. The motors work with high efficiency and are seldom a cause for concern.

The main problem with an electric car's engine is that it can overheat if there's a malfunction in the cooling system. The cooling system is in charge of keeping the battery and motor at an optimal temperature. If it fails to do its job, the engine can overheat, eventually leading to a breakdown.

The good news is that most electric cars have a built-in system that kicks in when the engine starts to overheat. The system will automatically reduce the power output to prevent further damage.

In some cases, the engine might stop working to prevent further overheating. Once the engine has cooled down, you can restart it and continue driving.

There Could Be a Problem With the Battery Unit

Another common reason why electric cars break down is due to battery issues. The battery is essentially the heart of electric cars, and if it fails, the car will.

Several things can go wrong with an electric car's battery. For instance, the battery might not be charging properly, or there might be a cell problem.

If the battery isn't charging properly, it'll eventually lead to a complete power loss, and the car will come to a stop. An issue usually causes this problem with the charging system, such as a damaged cable or malfunctioning charger.

In some cases, the battery might not hold a charge for as long as it used to. This decrease in capacity is usually due to the battery getting old. However, it can also be caused by extreme weather conditions or overcharging the battery. Electric cars use batteries more often, which is more likely to happen.

If the battery cells are damaged, it'll also lead to a power loss.

The cells can be damaged due to overuse or extreme weather conditions. When the cells are damaged, they can't hold a charge, eventually leading to a breakdown.

Failing Temperature Sensors Can Be An Issue

Temperature sensors are responsible for regulating the temperature of the battery and motor. If these sensors fail, it can lead to several problems, such as the battery overheating or the motor burning out.

Sometimes, the sensors might not function properly due to dirt or debris build-up. This problem can be fixed by cleaning the sensors.

However, if the sensors are damaged, they'll need to be replaced. Electric cars are no exception here.

Issues With the Braking System

Like temperature sensor issues, the braking system is another crucial component of an electric car. If there's a problem with the brakes, it can lead to a breakdown.

One can anticipate several things which can go wrong with the braking system. For instance, the brake pads might be worn out, or there might be a leak in the brake fluid. This can be problematic because a leak can often result in loss of braking power.

The problem might be with the ABS (anti-lock braking system) in many electric vehicles. If the ABS isn't working properly, it can lead to a loss of control, which can eventually cause an accident.

It's important to check the brakes regularly to avoid potential problems.

These are some of the most common reasons electric cars can often experience a breakdown.

People have always discussed situations where their electric cars have often caught fire. Kia, the famous automobile manufacturer, has shown how lithium-ion batteries installed in most electric vehicles can undergo combustion due to high-temperature exposures. It usually happens because the battery includes power cells where a short-circuit can occur and damage the entire battery, causing it to heat up and eventually catch fire.

There have been a few reports of electric cars catching on fire, and when it happens, they burn for a longer period because of the existing lithium-ion chemical compound.

How Long Does a 12 Volt Battery Last in an Electric Vehicle?

A 12-volt lithium-ion battery can last as long as 10 years. AGM (Absorbent Glass Mat) lead acid batteries are also used in some electric vehicles, and they can last for about 2-3 years.

Also, a 12 Volt battery runs out quickly if the car is relatively driven infrequently.

It can eventually result in a vehicle breakdown sooner than you think.

A lithium-ion battery is more reliable and can take longer to deplete than other battery variants available on the market. Therefore today, many electric vehicles have pre-installed lithium-ion batteries which power up the engine more effectively.

Can We Charge EV Cars By the Roadside?

If an electric vehicle runs out of charge, you can call a towing service and get it towed to a nearby charging station for a recharge. Many public and private operators offer such services at different commercial locations across the United States & surrounding regions. This might be a little inconvenient, but it's the only way to charge an electric car if you're stranded on the roadside. Or you can carry a portable charging station with you.

READ: How Long Until An Electric Car Pays For Itself

Just like any other car, electric cars can often break down. However, with proper maintenance and care, you can avoid any potential problems and ensure that your electric car runs smoothly for a long time.

Do you know any other reasons why electric cars can break down? Feel free to share it with us.