Do electric Cars Have Transmissions? 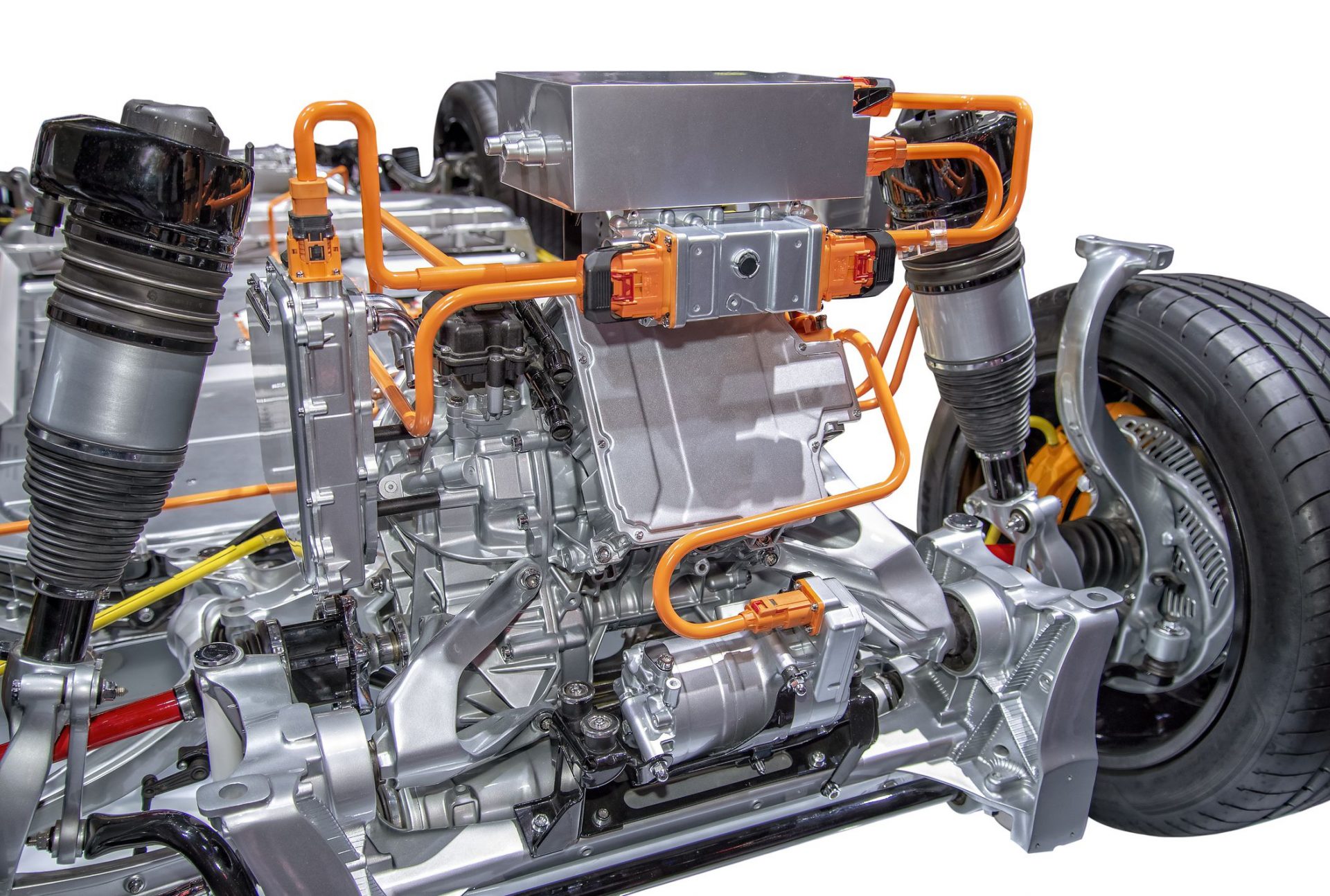 Do electric cars have transmissions? Electric vehicles have a few similarities compared to their gas-powered counterparts. For example, they do have powertrains, though the EV transmission is quite different. Since electric motors are designed to send power to the wheels, they have a different setup than multi-speed transmissions.

While the regular combustion engine sends power through multiple gears with varying ratios, the electric motor produces a consistent torque. Electric cars achieve full power when moving from a dead stop, and they continue to produce it over a wide range. Manufacturers have calculated the gear ratios and maximized efficiency without the motor having to switch gears.

Today we are going to talk about electric cars and if they have transmissions and how they work exactly. So stay tuned and keep reading!

What Is A Transmission?

The transmission is one of the key parts of a conventional cars powertrain. It is also directly mounted on the engine, and it utilizes efficient power to create the level of momentum in the wheels. In most gas powered cars, transmission is the reason for efficient driving. It is divided into gears, so the revolutions per minute are kept low for the engine's sake.

Imagine having to rev the engine constantly from 1000 to 6000 RPM to reach the highest speed and no breaks in the middle. The fluctuation and overworking would not be sustainable and lead to frequent breakdowns. Transmissions also reduce the level of fuel consumption while also getting the most efficient power out of the engine.

There are various types of transmissions, including manual, automatic, and CVT. Manual transmissions come with a clutch and gear shift which the driver manually utilizes to change gear. The driver has to select the right gear and engage or disengage the clutch system. The transmission also uses a pressure plate, flywheel, and clutch to connect or disconnect the engine to the gearbox. Each time one makes a shift, then you have to push the clutch as well.

Automatic transmissions do not use the clutch system but instead rely on a torque converter to change gears. There are many forms, such as hydraulic, trip-tonic, and direct-shift gearboxes. Continuously variable transmissions or CVTs are pulley-based systems in vehicles with small type engines.

Why Is It Important In A Vehicle?

The work of the transmission in a car is vital, considering it is one of the most important parts of the powertrain. It manages the level of momentum the vehicle drives at, thereby regulating RPMs to reduce engine wear and improve fuel consumption.

The process begins when fuel mixes with air and burns in the engine. The force produced rotates the crankshaft to produce torque. However, the torque created at that point is usually not enough to get the car moving from a standstill, so torque modulation is required.

The gearboxes act as the middle personality, which does the torque modulation. It is done by selecting the right-sized gears from the gearbox. It also allows for drive reversal or appropriate gearing, so the wheels move in reverse.

When the engine is connected to the wheels, gear selection is not possible. That is why a coupling or decoupling device is essential. Such a device can be hydraulic or mechanical. When disconnected, the engine is disconnected to the wheels so gear can be selected. This coupling or decoupling device is a clutch in manual gearboxes and a torque converter in automatic transmissions.

Transmissions, therefore, have the advantage of controlling the level of torque. Once the driver puts their foot on the sweet spot while in gear, there is torque buildup. It is only available up to certain levels, though, as engine overworking is possible beyond redlining RPMs resulting in detonation.

EVs have certain advantages as the owner does not have to worry about the timing belt or oil changes as the powertrain is composed of the motor, battery, and single-speed gearbox. Direct speed gearboxes also require transmission oil to ensure smooth transitions when increasing or reducing the speed, and it works the same way as gearbox fluid in typical cars.

The transmission may appear straightforward in explanation, but they are typically made from hundreds of moving parts. These are supported not only by structural rigidity but also lubrication via the transmission fluid. It allows for cooling as well and helps transmit pressure.

Do EV Cars Have A Transmission?

Automakers specialized in manufacturing EVs, such as Tesla roadster or Rivian, have structured the transmission with the right gear ratios to get greater efficiency for the power range. These are also essential during the conversion to electric vehicles transmission means changing the fuel tank, engines and transmission.

A single-speed transmission can allow the electric motor a wider range, of upwards of 10,000 RPM. It can get more than high speeds and performance capabilities of conventional combustion engines without the inefficiencies that would come with switching gears. Similarly, the normal type of engines would allow up to eight or nine thousand revolutions per minute, which is redlining territory.

Before a gas-powered vehicle gets to 6000 rpm at higher gears, a significant amount of time has gone by, even for the race cars, though that is not the case for electric vehicles. They achieve the same amount of torque on command, and that is evident during acceleration.

Some electric vehicles come with multiple gears, like the two-speed gearbox in the Audi e-Tron and the Porsche Taycan. These transmissions are used where the horsepower tends to be greater, and the transmission would need to deliver more torque to the wheels, so there is more acceleration. Even electric car gears that have just one speed need them to change the drive gear ratio and transfer the power using a differential.

That splits the power between the wheels. There is also a device that locks the gears when Park is engaged. Selecting the reverse mode in most electric vehicles just makes the electric motor spin in the opposite direction, so the separate gears are not as needed.