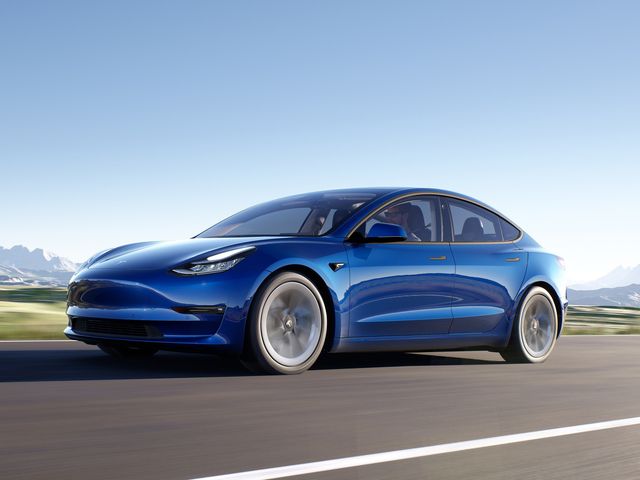 Most machines need oil to function – it’s an essential component of the engine that ensures all moving parts are working smoothly. Car engines especially need motor oil for constant lubrication and cooling. In fact, motor oil is so important that regular oil changes are a non-negotiable part of traditional car maintenance.

Tesla’s electric cars have been at the cutting edge of automobile technology for a while now. As such, many of the automobile practices we’re familiar with may not apply to their line of vehicles. But do Teslas have oil like regular cars? Do Teslas need oil? Keep reading to find out.

A big selling point for electric vehicles is the fact that they require less maintenance than traditional internal combustion vehicles. Since their engines don’t function the same way, the obvious question is whether the same maintenance practices should apply.

The short answer is no, Teslas do not need engine oil – not in the same way most cars do.

What Is Engine Oil For?

Before diving into the specific needs Tesla electric cars have, you should first understand what this type of oil is for.

Majority of the cars we are familiar with run on internal combustion engines (ICE). These engines have lots of metallic parts that move at very high speeds. Engine oil’s main job is to decrease the friction between parts when the engine is running.

Decreasing the friction between these moving parts ensures that everything is running smoothly. With less friction, engines become more efficient due to needing less power when moving parts around. Pistons won’t resist movement as hard when everything is well-lubricated, thus decreasing the amount of fuel needed to get them moving. Less friction also means less physical damage that could be caused by metal moving against metal.

With reduced friction, a well lubricated engine will also produce less frictional heat. The oil itself simultaneously acts as a coolant by absorbing excess heat and dispersing it outwardly while being passed through an oil cooler. Preventing mechanical damage and keeping the heat in check will ensure that your engine does not wear down too fast.

Over time, particles from the fumes generated from combustion can accumulate in your engine oil. This can cause sludge to form, which increases friction and clogs up your engine. As we said earlier, friction is your engine’s worst nightmare – it wears your engine down and prevents it from running efficiently.

Regular oil changes will prevent any gunk from building up in your engine. This ensures everything continues to run smoothly while also preventing damage to many of the internal moving parts found within the engine itself.

Do Electric Cars Use Oil?

Electric vehicles have an engine that is inherently different from typical ICEs. Electric motors have fewer moving parts, which removes the need for engine oil altogether. A thin layer of grease is enough to keep all the parts in electric motors running smoothly.

Since combustion doesn’t occur, this grease doesn’t really need to be replaced either.

Why Does Tesla Need Oil?

Even if Tesla cars don’t need oil for the engine, there are other parts that may require lubrication, such as the gearbox. Unlike ICEs, the Tesla gearbox only requires transmission oil. This is mainly used to ensure smooth transmission when increasing or decreasing speed and works very similarly to transmission fluid in automatic vehicles.

In the past, Tesla Motors recommended getting an oil change every few years (or after 500,000 miles). It has since removed this recommendation from its official support page. It is now generally believed that you won’t ever have to replace the gearbox oil in your Tesla’s lifetime.

Tesla oil is made of a synthetic called Pentosin ATF 9. Because there are no fumes in the car to contaminate the oil, this type of lubrication oil does not degrade in the same way that traditional motor oil does in an internal combustion engine.

What Fluids Do Teslas Use?

While it’s true that Teslas (and EVs in general) require less maintenance than their gasoline and diesel-requiring counterparts, that doesn’t mean you can be completely hands-off. Teslas still require regular maintenance to ensure that they keep functioning at peak performance.

Let’s quickly take a look at the different fluid and maintenance requirements Tesla cars have.

Tesla cars and other electric vehicles still share many similarities with their fuel-powered counterparts. One thing they have in common is that they both still use brake fluid in their hydraulic brake systems.

Brake fluid should be routinely checked for the safety of everyone who regularly uses the vehicle in question, as it loses effectiveness over time. When this happens, your brakes won’t be as responsive.

This fluid can go bad due to a variety of reasons. Despite being in a closed system, brake fluids can still absorb moisture through microscopic holes in the rubber hoses, loose seals, or open fluid caps. This creates water build-up that damages the metal in your braking system and reduces the effectiveness of the system altogether.

It’s generally considered good practice to have your brake fluid checked every two years by a Tesla service center.

All electronics have an optimal temperature to function properly, and Teslas are no exception. Tesla vehicles have a thermal management system that uses coolant to regulate the temperature of its battery and other components. When these parts get too hot, the coolant fluid absorbs the excess heat and keeps everything in the desired temperature range.

Due to the differences in propulsion systems, Tesla vehicles don’t need coolant changes as often as ICE vehicles do. The coolant used in Teslas is mainly for their batteries. These batteries don’t run as hot and are not exposed to combustion products like in internal combustion engines.

Newer Tesla models usually don’t even require coolant replacements for many of the same reasons you don’t need to change their oil. Tesla vehicles may need their coolant checked every few years, so it’s best to review the owner’s manual that came with your car.

While some people do believe that water is enough to keep your windshield clean, the fact is that windshield washer fluid has better cleaning properties that work while you drive. Windshield washer liquid is doubly important if you live in an area where temperatures get below zero as it usually has antifreeze properties.

Aside from getting your fluids regularly checked and topped up, there are other maintenance practices that you should keep in mind as a Tesla owner. Let’s go through some of them below:

However, while they don’t require conventional changes and spark plug replacements, Tesla cars still require regular maintenance checks and frequent tire service. Make sure to check the needs of your specific Tesla model so you know when to top off certain fluids and replace parts.