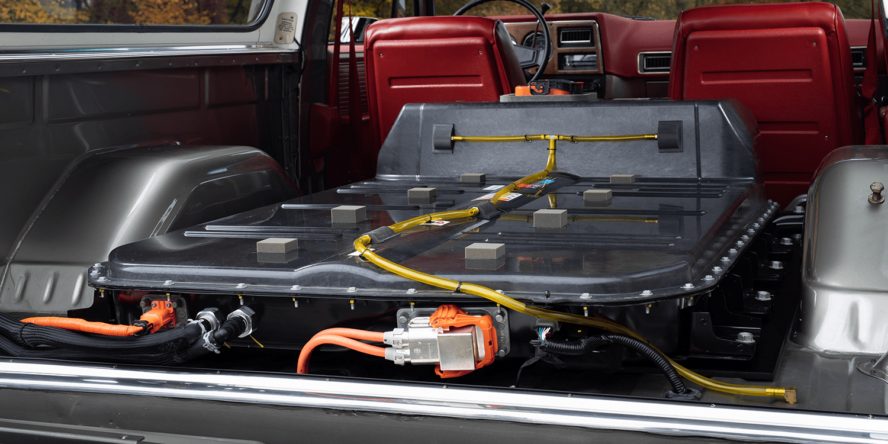 Changing from a gas-powered to an electric vehicle is an arduous but worthy endeavor. Not only will you reduce the amount of emissions to the environment, but you will also save a lot of money in the long run, as EVs do not require servicing or frequent changing of parts.

Electric truck conversion entails replacing the engine along with wiring and pipes. Similarly, the fuel tank, exhaust systems, and transmission must be removed to replace them with an electric motor, battery, and controller. It would need mechanical and electrical know-how so you could take it to specialists that would handle the conversion process. It also requires an in-depth analysis of the costs, performance, and range you need for the truck.

Things To Consider Before Converting To Electric

An electric conversion of a truck is an expensive endeavor though the investment will give dividends as there is no fuel expense and reduced maintenance to deal with. If the electric truck conversion is for 100 miles without interior heating or power steering, the process would be more economical than a 250-mile range conversion alternative.

Electric truck conversions usually entail more power for the vehicle than was previously available. Trucks that previously had 200 hp will now be able to produce more than 300 horsepower. Electric cars also have that instant torque that is not present in the gas-powered versions, which means trucks can tow a substantial amount. It is especially the case for utility base tasks.

Electric trucks are not only about removing the fuel costs and servicing requirements. You would still have to do some of the basics, which are other aspects like the suspension, drivetrain, and braking system. The assigned transmission option also requires servicing in the form of oil from time to time.

The electric vehicle range is also a significant factor to consider though it depends on your schedule. For high mileage drivers who drive more than 100 miles a day or work for hours at the farm, a conversion using high-capacity batteries would be advisable. You can opt for two batteries that would provide 300 miles. Electric car converts come with several options, so you can even extend the range at a later date due to their modular nature.

The conventional cars were not built the same way as other conventional models, so different parts need to be replaced or modified appropriately to run on electric power. These entail items such as brake vacuum, cabin heating, and transmission. Though, considering the increasing popularity of electric vehicles, it has become easier to source parts and accessories. That being said, the sensible thing would be to do your research and see if your conversion options are readily available within the market.

The typical conversion would utilize a DC motor, so the individual doing the conversion decides on the voltage the system runs. It also determines the number of batteries, car’s need, and the type of motor used by the EV. Once the decision concerning motor, exhaust system, clutch, and batteries are made, the conversion can be well underway. You can use the following steps for the electric truck conversion kit.

Remove the original truck's engine, fuel tank, clutch, exhaust, transmission, and radiator. There are trucks that have water-cooled transistors though others are air-cooled. Connect the adapter plate to the transmission and mount the motor using custom mounts. Typically, the motor requires a reduction gear for efficiency. The best way of creating gear reduction is by setting the current manual transmission in the first gear.

That would save the weight to make a custom reduction gear, though it is usually very costly. Put in the controller and create adequate space for the batteries. There should be brackets, though, to safely hold them in place. Once the sealed batteries have been installed, you can wire them to the motor and controller with welding cables.

Consider the other aspects of the electric truck as well. If the converted car had power steering, wire it and mount it to the electric motor for the steering pump. You can also do the wiring if the car has air conditioning and mount a motor for the air-con compressor. The next step of the process involves the brakes. If the electric vehicle has power brakes, set a vacuum pump that would operate the brake booster. When that is done, work on the charging system.

An AC-to-DC converter for powering the batteries should suffice. You can also install a volt meter to detect the charge state within the battery pack. It would be to replace fuel gauge on the converted truck. Potentiometers come next as they are hooked to the accelerator and connected to the controller. Most home-made electric cars using DC motors utilize the reverse gear set into the manual transmission.

You can also install a large relay that would connect and disconnect the battery pack from the controller. A relay is a way to turn the car on, so the relay should be worth hundreds of amps. Finally, rewire the ignition switch so all the equipment can be turned on.

One of the concerns about an electric truck is how they will perform compared to the gas-powered options. The majority of people worry that electric cars will not handle long distances and hills. That is incorrect, of course, as the conversion would mean more power and instant torque in most cases.

Electric truck conversion kits also require quite a bit of work, so the advisable thing to do would be to have a specialist team handle it for you. It is not just about removing the engine, gearbox, exhaust, and fuel gauge but also checking the available space for the batteries or motors you want to install.