How Much Horsepower Does An LS1 Have? 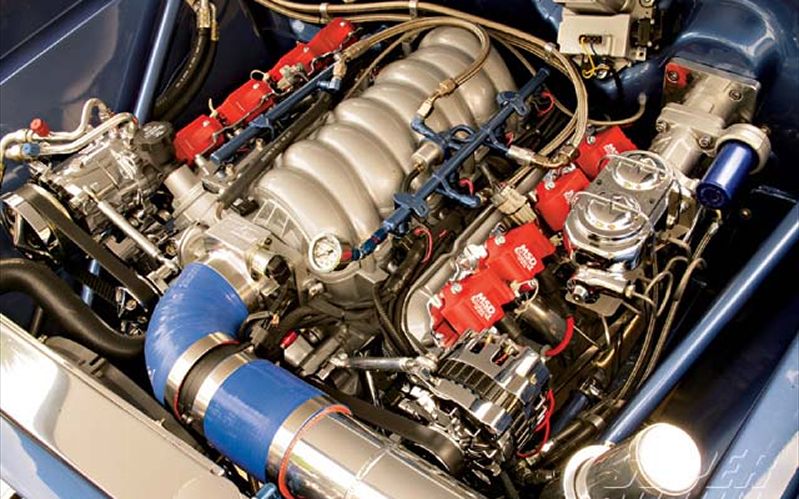 Many car enthusiasts will say one of the benefits of customizing cars is that you can get the power, performance, and speed you need. The first place to start is with the engine, as it powers the car and determines how much horsepower you can generate.

You have two options here: you can either tune up the engine to increase its horsepower output, or you can also swap in a new and more powerful engine.

In this article, we'll talk about the latter option and dive deep into one of the most common engine swaps: the LS1. Ever wondered how much horsepower does an LS1 have? You’ll find the answer here, plus a few reasons the LS engine swap is a good way to add horsepower to your car.

What Is An LS1 Engine?

This LS1’s official name from General Motors is the Gen III Small Block engine, but everyone calls it the LS1. It’s a V8 engine with 5.7L of displacement. It comes in two versions: GM introduced an all-aluminum block onto the 1997 Chevrolet Corvette and the 1998 Chevrolet Camaro while adding a cast-iron version of the LS1 onto new trucks.

Mechanically, the LS1 is a single-cam pushrod engine. Its headline feature is the cylinder heads. The stock heads allow for excellent airflow, which increases their power output. This combined with the intake manifold means that the LS1 breathes well, so it puts a lot of power out for such a small engine. It even warms up and cools down a lot quicker than iron engines. The aluminum LS1 is also a lot lighter than a lot of other engines.

Why Choose The LS1

The LS1 engine’s best virtue is its combination of power and small size. Sure, there are more powerful or smaller engines, but few combine both. If you want to get as much horsepower as you can with a small engine space, the LS1 is the way to go.

Even just a stock LS1 will do a lot for your car. For its high performance, the LS1 has a simple construction that’s quite durable. You can do a lot to an LS1 engine without any damage, so it can accept even the most complex modifications. Iif anything goes wrong, the simple construction means it’s easy to identify and fix the issue.

Even better, the LS1 isn’t hard to find. You can get spare parts or even whole engines without much effort. If something breaks, repairing or replacing it will be easy. This combination of power, compact package, and availability makes it the top choice to swap into just around any vehicle.

One problem to keep in mind is that the LS1’s oil system isn’t built for high-rev work. If you’re tuning your LS1 to run past 6,000 revs, this much movement will cause cavitation in the oil pump – this will starve the engine of oil and ruin it. If you want to increase your engine RPM, it’s better to get an aftermarket pump to replace the stock one.

Overall, it’s hard to go wrong with an LS1 engine. There may be engines with better performance, but nothing has the combination of high power, small size, light weight, low price, and easy availability like the LS1 does.

So, what are your best options for LS1 engines? A crate engine lets you skip all the hard work and go straight to installing the engine. If you just want the extra power now, a crate is your best bet.

Crate engines come with many of the parts you need to install your new engine. A long block crate engine includes the block, crankshaft, complete piston assembly, and usually, the camshaft and valve train. Some builders may include other parts like the timing cover, valve covers, oil pan, etc.

There are also deluxe long blocks, which include intake and exhaust manifolds. This is good for inexperienced builders, as all they need to do is pick the right accessories and install the engine.

Even if you're rebuilding an existing engine, you can still make the most out of crate engines. For example, you can get a rotating assembly complete with main and rod bearings. No matter which engine you pick, go through the inclusions thoroughly so you can be fully prepared come installation time.

There is a wide range of LS crate engines available in both aluminum and cast iron. You can get anything from a basic drop-in engine to a tuned-up crate engine that provides nearly twice as much horsepower as the original LS1.

Of course, a crate engine is only as good as the builder who supplied it. Check your builder’s track record and reviews before you settle on a choice.

How Much Horsepower Does An LS2 Have?

If you’re looking at the LS1, it may also be worth it to look at its successors in the range. General Motors officially calls it the Gen IV small-block engine, but everyone knows this engine as the LS2. It’s an aluminum V8 with an even 6.0L of displacement. In addition to the larger cylinder bore, it also includes an altered intake manifold and a larger throttle body.

Many of the reasons why the LS1 is an excellent choice also apply to the LS2. However, the LS2 has higher horsepower and torque than the LS1, in addition to a bunch of improvements that help it run better and smoother than the older engine. The oil starvation problem that plagued the LS1 engine under high-rev situations has also been resolved on the LS2.

All LS engines have the same exterior dimensions, so it’s a question of what type of engine you can get and the performance it offers. If you have to choose between the two, the LS2 is better performance-wise. A stock LS2 will also provide more torque and horsepower and run better than an LS1.

What the LS2 doesn’t have are the LS1’s availability and cheap price. You can get an LS2 second-hand these days, but even the cheapest LS2 still costs more than the most expensive LS1. They also aren’t as common as the LS1. You’ll have to decide whether the LS2’s superior performance is worth the higher price and extra effort to source it.

If you want maximum power in a small package, nothing beats GM’s LS engines. The LS1 engine is your best choice for those who are on a budget but don’t want to sacrifice performance. You can also get the more powerful LS2 if the higher price tag doesn’t scare you off.

Either way, the LS engine’s combination of compact power and availability make it a great option if you want to swap out your engine for something with more horsepower.