What Size Carburetor Do I Need For A Chevy 350 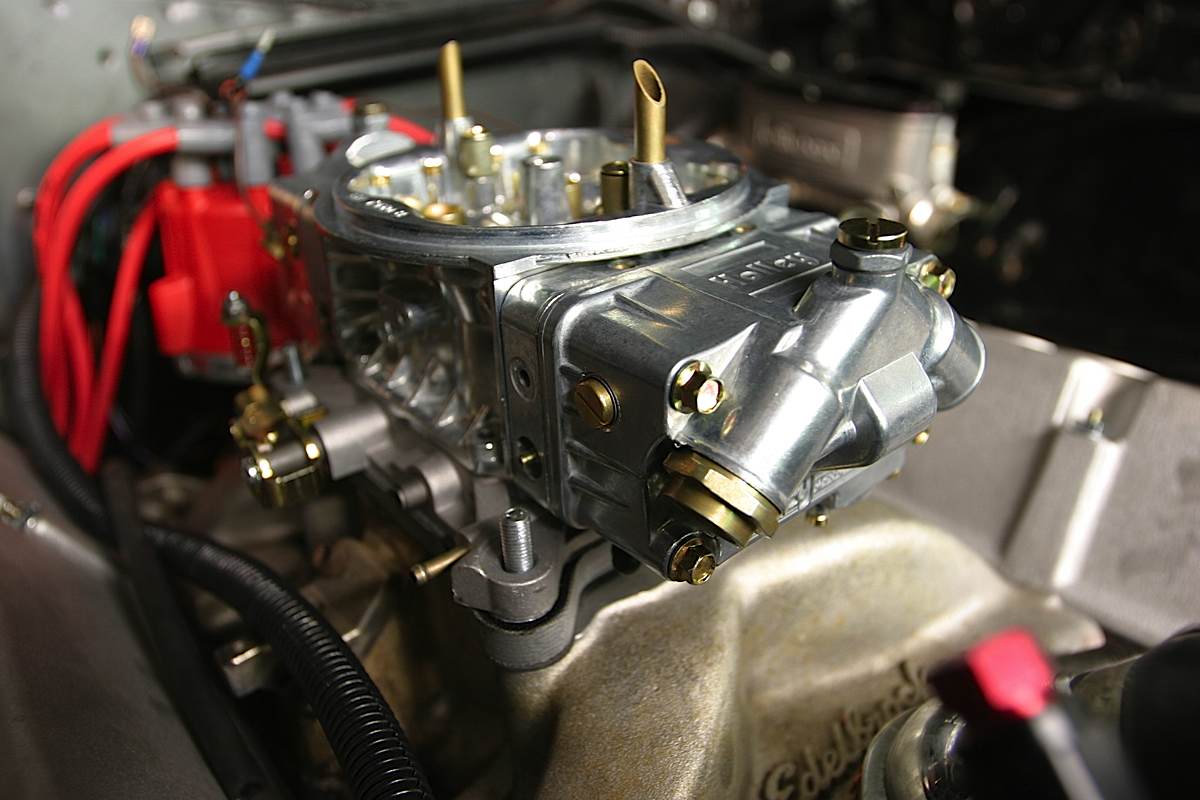 Finding the right sized carburetor is tricky because every application is different. With traditional carburetor-sizing formulas, to figuring out what makes your engine recipe unique, there are many different ways to determine what carburetor you need for your vehicle.

Today we are going to talk about what size carburetor you need for your Chevy 350 and what to do to find the right sizing for your truck.

What Is A Carburetor?

The carburetor is a device that combines air and fuel within an internal combustion engine to create the controlled explosion which powers the drivetrain. Carburetors are outdated technology as electronic injectors have since replaced them. They add fuel to the air to make a perfect ratio burned in the cylinders. The current fuel injectors, though, are more economical as they use less fuel in the mixture, resulting in fewer emissions. The carburetor relies on a vacuum made by the engine to draw air and fuel to the cylinders.

It has a throttle valve that opens and closes, regulating the amount of air in the engine. As the air goes down the pie, it passes a kink known as a venturi. When the air pressure falls, it sucks the air in through the fuel pipe at the side. The opening of the throttle causes air and fuel to flow to the cylinders meaning the engine produces more power to the wheels.

Why Do You Need A Carburetor?

The work of the carburetor is regulating how much fuel and air get mixed such that one gets the right combustible mix. It also works to control the power and, therefore, engine speed. This is done by controlling how much air and fuel can mix when entering the engine. The more the valve is open, the more the mixture of air and fuel. That translates to a larger controlled explosion, resulting in more power to the drivetrain and faster acceleration. In this way, it works like a turbocharger which funnels more air to the combustion chamber to mix with the available fuel to create more power for acceleration purposes.

When the vehicle is idling at low speeds, the throttle valve only has to be open a little. Though, there is no restriction on the amount of fuel drawn to the cylinder from the chamber. It is also possible to adjust the ratio for dense fuel and air mixtures, leading to bursts of power. However, the trade-off is increased pollution from the emissions.

Carburetors tend to be easier to install because of their simple mechanical nature. They are also easier to clean and troubleshoot should one run into issues, so they are much less hassle than fuel injection systems. Fuel contamination can also be overlooked with carburetors compared to the more sensitive fuel injection approach. Though, it can be a problem for performance.

What Size Carburetor Do You Need For A Chevy 350?

The carburetor for a 350 chevy utilizes the same formula on how it should be sized. That entails displacement and rpm.

Potential Problems With The Carburetor

The main thing with driving is combustion, and if there is an issue with the mixture, it will translate to a problem with the overall internal combustion. Cold starts of large displacement engines with carburetors tend to be a big issue. One also has to tune the carburetor according to seasons as it tends to give a richer mixture during the summer if it was done in the winter.

How Do I Choose The Right Size Carburetor?

Engines are comparable to large air pumps as they concentrate mainly on air and fuel; hence sizing is a significant consideration. It is possible then to base the carburetor size according to engine displacement though that approach is not effective because too many elements also factor, such as the manifold type, maximum RPMs, camshaft profile, and the cylinder head selection. To determine the carburetor size, one first must ascertain the volumetric efficiency.

The amount of horsepower capabilities is not relevant when sizing the carburetor, though the displacement is key.

The next stage is to take 2,550,000 and divide it by 3456 to give 737.84 cfm. It would require a 700 to 750 cfm carburetor if you are planning 5500 to 6000 rpm. These sizing numbers are only the start of the carburetor selection. A large port aftermarket cylinder head, single or dual plane intake manifold also determines how much carburetor you need.

The basic formula draws the formula close to the engine carburetor sizing but is not entirely accurate. Calculations would have to proceed further by beginning with the estimated volumetric efficiency. To make the most, consider the intake manifold, design of the cylinder head design, and cam profile. As for the carburetor brands, all manufacturers have some advantages. One must consider the one that works best for their needs, such as the tuning, flexibility, and design features.

The cam profile also affects the carburetor selection, as does valve overlap and valve lift. The cylinder heads are where it may get a bit complex considering the cylinder head port and configurations vary.

What Size Carburetor Do I Need For A 350 - Final Thoughts

Find the right carburetor for your truck is a challenge but it is not impossible. Once you know what you're looking for and what to do, you can easily do it at home. A good carburetor goes a long way with your vehicle and finding the right size optimizes your engine.