Do Electric Cars Have Radiators? 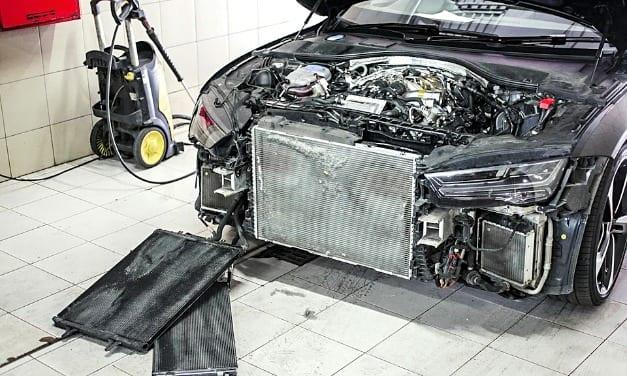 While driving an electric vehicle on tough sunny days, the thought has crossed our minds- do electric cars have radiators, and how do they work?

The simple answer to this question is not preciseness; all-electric cars don't have radiators. However, they still need a cooling system to keep the battery and motor from overheating.

So in today's article, we will talk about how electric cars remain cool during the harsh sunny weather. The cooling system in an electric car works by using a coolant to circulate throughout the battery and motor. The coolant absorbs heat from these components and then transfers it to the air outside the car.

Anyways, let's learn a bit more in detail about how it works!

The Battery Temperature is Critical

When we talk about electric vehicles, the most vital component is none other than the battery installed within the electric vehicle. Not only does it powers up the motor, which is one of the reasons for how the electric car functions, but there's another smaller unit that is responsible for other activities of the vehicle, such as temperature control,  power steering, and power brakes.

This means that if the battery gets too hot, it can potentially damage not only itself but also other electric car components. To avoid this, manufacturers design the battery pack so that it can dissipate heat on its own. It comes with a pre-installed cooling system responsible for heat dissipation in most electric car units operational.

READ: Do Electric Cars Have Gears?

What Are The Different Types of Cooling Systems in EVs?

The only downside to liquid cooling systems is that they are often more expensive to maintain and repair.

READ: How Much Does It Cost To Replace A Battery In An Electric Car

One of the main advantages is that it weighs less, which means that the electric vehicle can be made lighter and more energy-efficient. However, the main downside to using an air cooling system is that it is less effective in dissipating heat when compared to liquid cooling systems.

How Often Should You Get Your Electric Car Cooling System Checked?

You should get your electric car's cooling system checked at least once a year. This is to ensure that the system is working properly and that there are no leaks.

If you notice any strange noises or leaks, take your car to a qualified mechanic as soon as possible. Electric cars are the future of automotive transportation. Not only are they more eco-friendly, but they're also more efficient and fun to drive. So, if you're thinking of switching to an electric car, be sure to do your research and choose a reputable brand. And don't forget to get your cooling system checked regularly!

What Is the Importance of a Cooling System in EVs?

The cooling system in an electric vehicle (EV) is essential because it helps to keep the battery pack cool. As we all know, batteries generate a lot of heat when used.

If the battery gets too hot, it can potentially damage not only itself but also other electric car components. To avoid this, manufacturers design the battery pack so that it can dissipate heat on its own. It comes with a pre-installed cooling system responsible for heat dissipation in most electric car units operational.

How Many Radiators Does Tesla Car Have?

Some of the Tesla vehicle designs feature multiple radiators. The number of radiators in a Tesla car may differ based on the model and year.

The newer models usually come with two or more radiators, while the older ones come with just one. Some Tesla car designs come without any radiator at all. These are generally all-electric models that rely on liquid cooling systems to keep the battery pack cool.

READ: Why Can’t You Put An Alternator On An Electric Car?