How Many Wheels Are in the World? 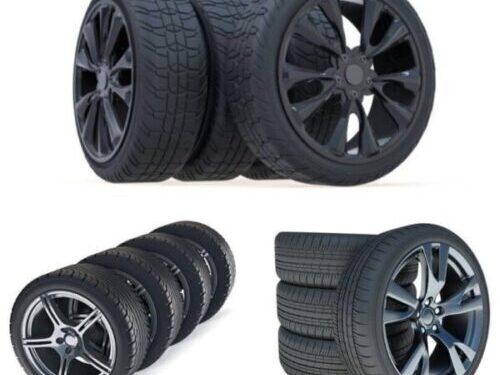 Have you always been fascinated with the fact that there are plenty of wheels in the world? If you're one of those people who are really concerned about the number of wheels, then you've come to the right place. Here's an article which we have specifically covered to give you that information and not only that but we are also taking the liberty to explain to you why exactly wheels are such a motivation, why there's a buzz around the world about this fact, what exactly are people views about this question and how this information really matters.

This article is going to help you answer the question, "how many wheels are in the world?" But first, let's look into the details & the backstory from where it all started.

The poll was featured in different parts of the world including places such as Australia, Ireland, Canada, and the United States.

Ryan Nixon was the first person who started this poll and he said that the reason he did so was that he had seen a similar question on Quora.

The actual question on Quora was- "If you could have one superpower, what would it be?"

And Ryan's answer to that was- "The ability to know the answer to any question I wanted."

And that's how he thought of this particular question and decided to ask people!

Strange isn't it, but that's how it all began.

Why Is There So Much Buzz About The Following News?

Since the time Ryan launched the poll, it has received over 220k answers and the tweet that he sent out regarding his query has gained more than 19.7k views.

In total, the post received a total of 223,347 votes and out of which approximately 53.6% of individuals answered that there are more wheels in the world compared to the number of doors. The online tweet became viral across the Internet right from the moment it got posted. Around the 5th of March is when Ryan decided to post this question on the website and within 3 days, his tweet became an Internet sensation.

What Do People Have To Say About This?

As we mentioned earlier, the reason this particular news has gained so much popularity is that it is ironically funny & unique in its way. Because let's face it, how many of us do think about the number of doors & wheels... We can't think of any other instance where such a large number of people have come together to discuss & debate such a simple yet intriguing question on the Internet.

However, when it comes to answering, "How Many Wheels Are There In the World?" we realized that there are only two billion toy cars produced every year by companies like Hot Wheel, so we can approximate around 8 billion wheels only from the toy cars alone! Don't just take my word for it, you can always research Hot Wheels and learn about the facts which they have shared.

Read about: Hardline Hot Wheel Facts That Are Fun & Informative to Read

So when we estimate the numbers, in reality, there's just too much to count! And that's the reason, we can't provide you with an accurate number.

What Is the General Public Opinion on The Number of Wheels Available?

As we mentioned earlier in the article, there was a poll conducted on the Internet regarding whether there are more doors or wheels in the world. Looks like people around the globe are excited about this topic and have started to share their views & opinions about it on different social media platforms such as Reddit, Twitter, and Facebook. People have their perspectives and hold their valid opinions the same.

For example, there was one man who claimed that wheels are not just on cars but they are on different types of machinery as well. So, if we calculate the number of wheels taking into consideration all the different types of vehicles & machinery, then the number would far exceed then what we can estimate or count. And even if we talk about the number of doors, there are a lot of types of doors such as garage doors, storm doors, entry doors, screen doors & many more.

So we can't say for sure what is the right answer to this question, but we can surely ponder.

People who were interested in exploring the question, "how many wheels are in the world" also asked other questions such as:

Are there more chairs or wheels in the world?

Do normal doors have wheels?

You will be startled to hear this but the hinges on the doors are wheels! If we take into consideration all the different types of doors, there are way more doors with wheels than without.