How Much HP Do Headers Add? 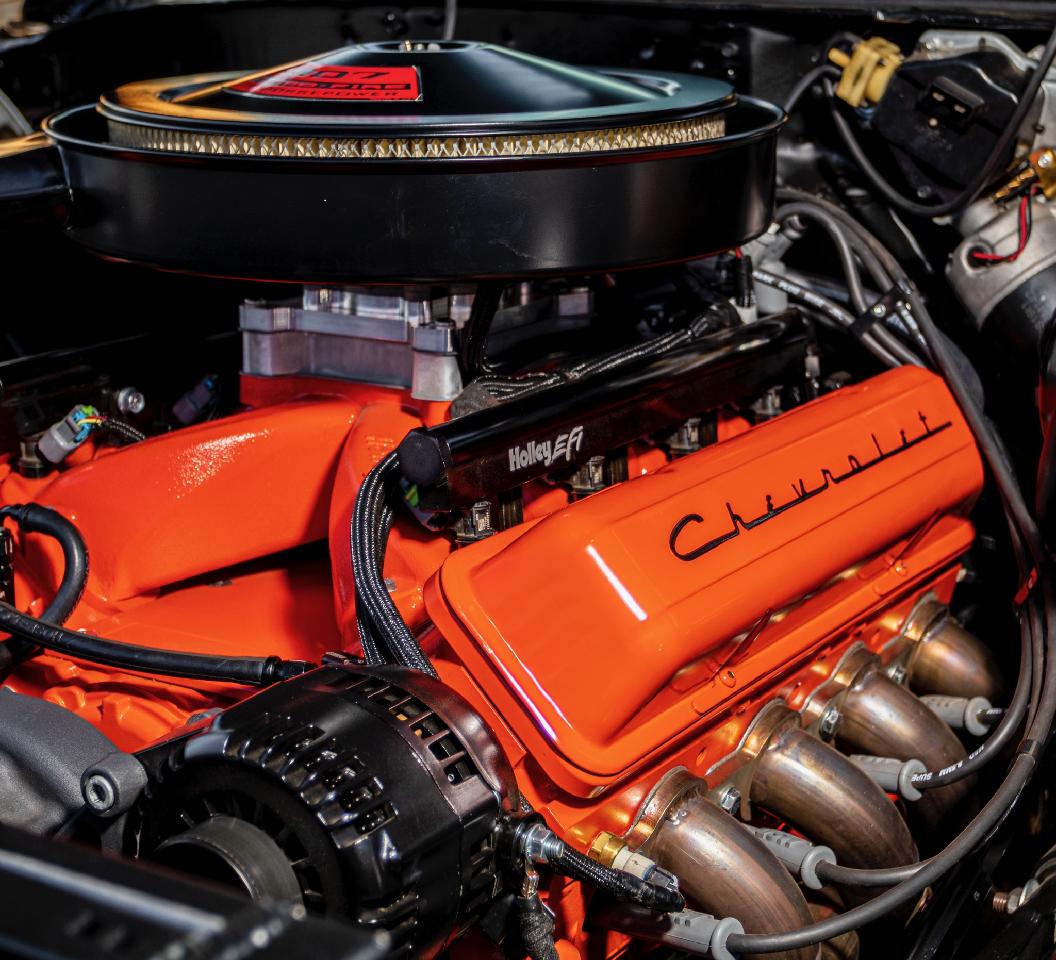 So you're working on a new project, maybe a Chevelle, C10, Nova, or a Mustang, and you can’t wait to properly make it your own. One of the first things you can do is to switch out the exhaust manifolds for exhaust headers. Now, you might ask why you’d want to do that – how does changing your exhaust system increase horsepower? How much hp do headers add? That’s what we’re going to cover in this article.

What Is A Header?

Headers for cars are part of the exhaust system. Specifically, a header is a replacement for an exhaust manifold. Both of them fulfill the same task, which is to carry away the exhaust gas generated as part of an engine’s power stroke. To understand what an exhaust header is, it’s best to contrast it against an exhaust manifold. We’re going to go over their differences so that you can better understand what exhaust headers do and how they can increase horsepower.

The main difference between exhaust manifolds and exhaust headers is in how they are constructed, which directly affects how they perform. Both of them connect to the engine cylinders to carry away the exhaust, but how they do that is different.

A manifold is constructed as a single pipe to which each cylinder connects. This makes them simple, cheap, and compact. Exhaust gases flow out from each cylinder and into the manifold pipe and then proceed down the exhaust system into the catalytic converter and the muffler, then out the exhaust pipe.

A header is a set of exhaust pipes that are individually connected to each cylinder. They then come together into a larger pipe called the collector. From there, it’s onto the catalytic converter and beyond. A header’s pipes are shaped so that they are all the same length when they attach to the collector.

In short, exhaust manifolds connect all cylinders into one pipe, while car headers give each cylinder a single pipe before they come together. This makes quite a difference because of flow dynamics and pressure.

Cylinders don't all fire off at once, which means that they don't all vent exhaust at the same time. Thus, the exhaust coming out from one cylinder may not be completely out of the manifold when another power cycle reaches the exhaust stage. This mismatch produces backpressure. To put it in simpler terms, the arrangement of a manifold means that your engine has to fight its exhaust, thus reducing engine performance and power output.

Since an exhaust header gives each cylinder an individual pipe, it doesn’t face this problem. The pipes also maximize an effect called ‘scavenging’. Since cylinders expel exhaust gases in pulses, each pulse also generates a wave of negative pressure. And since gases flow from high pressure to low, the next time the cylinder exhaust valve opens up, this negative pressure wave ‘pulls’ the next pulse. This improvement in exhaust flow means your engine runs with better efficiency and you get more power out of it.

However, there are some tradeoffs. Manifolds are a lot less bulky than headers, and they’re much easier to install. Since exhaust headers take up so much room compared to manifolds, you may need to disassemble a bit more of your car to fit them in.

How Much HP Do Headers Add To An LS?

How much horsepower do headers add to an LS? The answer depends on the engine. For example, a set of LS3 headers will provide about 85-90 RWHP and 100 ft. lbs. of torque (depending on backpressure). That's a healthy gain over the factory manifolds which typically only produce about 20 HP and 30 ft.lbs torque!

Now that you know why you’d want to install headers on your car, we can talk about performance. Now, how much horsepower do headers add in general? That’ll depend on the header that you’re getting since there are two different types. We’ll go into their ups and downs in this section.

As you might expect, long tube headers have long tubes between the cylinder and the collector. A long pipe run lets the exhaust pulse get away faster, and thus maximizes the scavenging effect. With less exhaust in the pipe, the negative pressure can better pull the next pulse out of the cylinder. This is the ideal performance for a header, and it gets you the most horsepower increase. If at all possible, you should get a long tube exhaust header.

So how much hp do long tube headers add? If attached to a stock engine, you can expect about 6-9 hp over a manifold.

Short tube exhaust headers have shorter tube runs than long tube headers. This results in quite a few differences between them and long tube ones, both good and bad.

Their main benefit is that they’re not as bulky as long tube headers, so you can install them into a wider range of cars. Most shorty headers are also made to connect with standard exhaust flanges, which makes installation a lot easier. You might not always be able to install a long tube header, but a shorty is always an option.

As you can expect, the downsides are the opposite of long tube headers. You’ll still get a performance boost over a stock exhaust manifold, but the short pipe length means that you don’t get as much scavenging. This means less of a horsepower addition than a long tube header.

How much hp do shorty headers add? On a stock engine, around 3 hp above the usual.

All engines will produce more horsepower if you switch out the exhaust manifold for an exhaust header, but the real benefits come when you get an engine with more power. It can get difficult to attach a header to a swapped engine, especially if it’s a big one and engine size is a concern, but you can get awesome results from that effort.

We’ve seen the horsepower numbers for headers on stock engines. On modified engines, you can get a lot more. On an LS swap, headers can produce 6 hp if short, or about 16 extra hp for long tube ones. This was with a 4.8L LR4 engine with upgraded heads and camshaft. After upgrades, it produced 427 hp at 7,000 rpm, so you’re looking at around 443 hp total with long tube headers.

Small Block Chevy engines can also benefit a lot from headers, especially since their stock exhaust systems tend to be weak. If you’re wondering how much horsepower do headers add to a 350, it’s about an extra 16 hp for long tube headers. Shorty headers won’t give as much, but you can count on a similar increase of about 6 hp, generally speaking.

With this in mind, you might wonder how much horsepower do headers add to a Mustang. Ultimately, that will of course depend on what sort of modifications you’ve applied to your car. Remember, headers increase horsepower a lot more on a modified engine. If you have enough room to spare for a long tube header, do so. That’ll produce quite a lot of extra horsepower over stock exhaust manifolds. But even a shorty header can still give you a good bit of extra hp, so if you want to wring every last drop of power out of your Mustang’s engine, a header is always a good idea.

Headers will take up a bit of room, and adding headers to your car takes some effort. But once you've got them in place, your engine gets better air intake. Headers are a good way to squeeze quite a bit more horsepower out of your engine, especially if you've modified it for more horsepower. How much hp do headers add, you ask? More if you tune it up!