What Does OBS Chevy Mean? 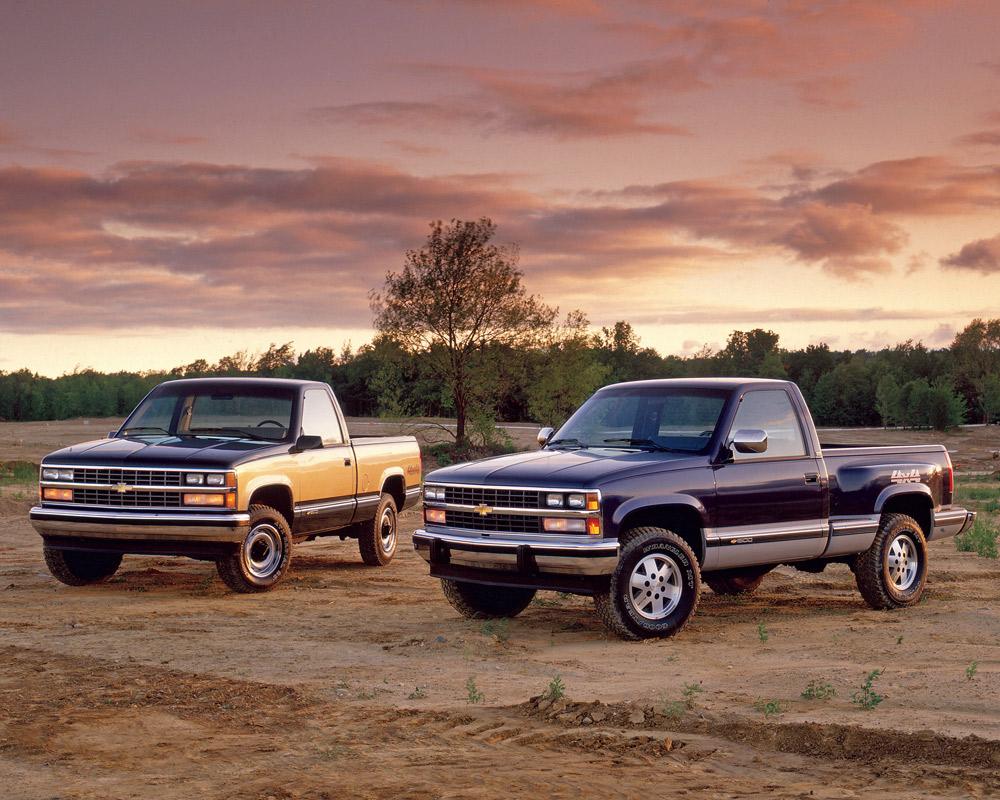 The Chevrolet brand has long been a staple of the American automotive industry. From classic muscle cars to modern SUVs, Chevy has consistently delivered cars that are both reliable and stylish. But what sets the Obs Chevy models apart from the competition?

This post will take a comprehensive look at the design features that make Obs Chevy models stand out.

What Does OBS Mean?

Automotive enthusiasts often use the term OBS Chevy to describe 1990s model Chevrolet trucks, particularly those pre-1999 and up until the Silverado was released in 1999. This “Old Body Style” evokes nostalgic images of these vintage vehicles with their boxy designs and rugged exteriors, which is why the term has stuck among car lovers.

Although there are no exact specifications for what constitutes an OBS Chevy, certain features tend to be associated with them. These include high-set headlights and a square grille for most truck models. Another telltale sign of OBS Chevys is their noticeable longevity on the road, many of which remain operational today despite being over 20 years old.

The Chevrolet C/K is a range of full-size pickup trucks produced by the American automaker General Motors. The C/K range was introduced in 1960 and ran until 2002.

It was available in two-wheel-drive and four-wheel-drive configurations and came in various body styles, including a two-door pickup, four-door extended cab, and four-door crew cab.

The fourth-generation C/K trucks were introduced in 1988 and ran until 1999. These trucks feature a full-size body style, with a longer wheelbase and wider body. They were available in two-wheel-drive and four-wheel-drive configurations and came in various trim levels and body styles.

The fourth-generation C/K trucks are called the "OBS Chevy" trucks due to their old-body-style (OBS).

The OBS Chevy trucks feature several design features that set them apart from other fourth-generation C/K trucks. These features include a squared-off body style, a taller front end, and a more pronounced grille.

They also feature a unique interior design, with a more traditional dashboard and instrument cluster. The OBS Chevy trucks were available in two-wheel-drive and four-wheel-drive configurations, with the four-wheel-drive models featuring an independent front suspension.

The exterior of an Obs Chevy model is instantly recognizable. With its bold lines and sporty styling, Obs Chevy models have a unique look that sets them apart from the competition. One of the most striking design features of Obs Chevy vehicles is the grille. Wide and angular, the grille has a distinctly masculine look that is both stylish and aggressive.

In addition to the grille, Obs Chevy models feature a wide variety of exterior features that make them stand out from the crowd. The headlights are sleek and modern, featuring LED lighting for maximum visibility. The hood features subtle contours that create a sense of movement, while the car's rear is low and muscular.

The interior of an Obs Chevy is just as stylish as the exterior. The interior styling of Obs Chevy models is modern and sophisticated, focusing on comfort and convenience. The dashboard is sleek and intuitive, with various controls and displays that make it easy to stay connected and in control.

The OBS Chevy trucks were available with a variety of engine options. The most common engine option was the 5.0-liter V8, which produced up to 150 horsepower. Other engine options included a 6.2-liter diesel V8, a 4.3-liter V6, and a 5.7-liter V8.

READ: What Does RT Stand For In Dodge?

The OBS Chevy trucks were popular among truck enthusiasts for their unique design features and reliable performance. The trucks were also popular due to their availability of aftermarket parts and accessories, which allowed owners to customize their trucks to their preferences.

The OBS Chevy trucks are relatively easy to maintain and repair due to the aftermarket parts and accessories available. The trucks feature a simple engine design, making diagnosing and repairing engine problems easy.

When it comes to performance, Obs Chevy models are in a class of their own. Obs Chevy models come with various engine options, ranging from the efficient and powerful 4-cylinder to the powerful and responsive V8. No matter what type of driving you’re looking for, there’s an Obs Chevy that can deliver.

In addition to the engine options, the Obs Chevy models have various features that make them enjoyable to drive. The suspension is designed to provide a smooth ride while the handling is responsive and precise.

READ: The History of the Sports Car: A Timeline

The OBS Chevy trucks are a popular choice among truck enthusiasts due to their unique design features, reliable performance, and availability of aftermarket parts and accessories.

The trucks are relatively easy to maintain and repair and can handle off-road driving conditions. The OBS Chevy trucks remain a popular choice for those looking for a reliable and durable truck.