Which is Better: Hybrid Car or Electric Car? 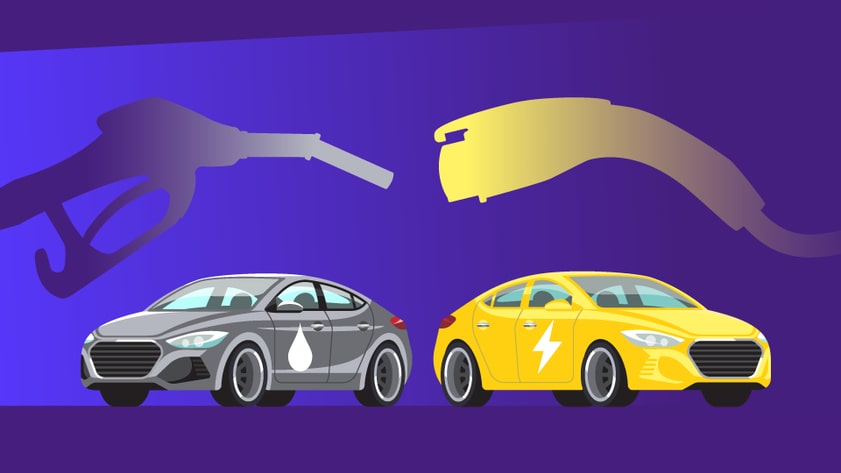 Auto production has significantly minimized after the pandemic hit the fan in the United States and the rest of the world. And after everything came back to normal, many car makers saw rising inflation and a significant rise in oil prices. This, in turn, has had a significant impact on the way people think about cars and how they want to get around.

The two most common types of alternative fuel vehicles that came to the limelight were hybrid cars and electric cars. And while both have their pros and cons, it’s important to understand which one is best for you before making a purchase.

Which technology is better? It depends on your priorities. If you’re looking for the lowest emissions, an electric vehicle (EV) is probably your best bet. If you want the longest range and can live with a little more complexity and cost, a plug-in hybrid may make the most sense.

So before we get into the details of which car model is worth it, let's have a look at the following details.

Living with an electric car—particularly a pure EV—isn't the same as owning a conventional gasoline vehicle. So it's critical to understand how they operate and what their advantages and drawbacks are, so you can match their capabilities with your driving demands and preferences.

READ: How Many Years Will a Nissan Leaf Battery Last?

Everything You Need to Know About Hybrid Vehicles

What Are Hybrid Vehicles & Why They Are A Good Alternative to Gasoline Engines?

For those of you who are not well aware of what a hybrid vehicle is, a hybrid vehicle is a vehicle that uses two or more different power sources to move the vehicle. The most prevalent form of hybrid vehicle uses a gasoline-powered engine in harmony with an electric motor and battery. Today one can find many affordable options when it comes to hybrid-powered vehicles. These vehicle types can easily range in prices from $20,000 and go as much as up to $100,000.

The gasoline engine is used to move the vehicle at higher speeds, while the electric motor is used for starting the vehicle and for providing power at lower speeds. The battery provides power to the electric motor and is recharged by the engine and brakes. According to a survey, they are known for their overall satisfaction which makes them quite the reliable option in the market. They normally combine an electric motor with a small battery power pack.

What Are the Advantages of Purchasing a Hybrid Vehicle?

Hybrid vehicles have several advantages over gasoline-powered vehicles, including:

1. Better fuel economy: Hybrid vehicles get better gas mileage than conventional gasoline-powered vehicles because they use both the gasoline engine and the electric motor to power the vehicle.

3. Reduced dependency on oil: Hybrid vehicles reduce our dependence on oil because they use less gasoline.

What Are the Disadvantages of Purchasing a Hybrid Vehicle?

While there are pros to purchasing an electric vehicle, there are also certain cons that we should always pay attention to. What are these disadvantages? Well, let's put them into perspective.

2. Limited range: The electric motor in hybrid vehicles limits the range of the vehicle.

3. Limited selection: There are fewer models of hybrid vehicles to choose from than gasoline-powered vehicles.

5. Difficulty finding parts: The parts for hybrid vehicles can be difficult to find.

In the end, it comes down to what you prioritize and what you're looking for in a vehicle. With that being said, we hope that this article helped shed some light on the topic for you.

READ: Can You Plug An Electric Car Into a Regular Outlet?

They are a great option for individuals who are conscious of the environment and so on.

What is the Working Principle of an Electric Car?

As far as the working principle of an electric vehicle is concerned, it is very simple. An electric car has a large battery that stores electrical energy. This battery is used to power the electric motor, which turns the wheels of the car.

The battery is recharged by plugging the car into an electric outlet or by using a solar panel. Electric cars are very efficient, and they can travel long distances on a single charge.

What Are the Advantages of Purchasing an Electric Vehicle?

Electric vehicles have several advantages over gasoline-powered vehicles, including:

1. Low emissions: Electric vehicles produce zero emissions, so they're much better for the environment.

2. Low operating costs: Electric vehicles are cheaper to operate than gas cars because you don't have to pay for gasoline.

3. Federal tax credit: The federal government offers a tax credit of up to $7,500 for purchasing an electric vehicle.

5. HOV lane access: Electric vehicles often have access to HOV lanes, even if they're not carrying passengers.

As far as the disadvantages are concerned, there aren't quite many when it comes to electric-powered vehicles. The battery unit may require replacement which can cost a fortune. They are only green until they are using the appropriate power sources. They are a bit on the high side of purchasing. The range is limited which limits your capability to drive over long distances. Plus, there aren't quite as many charging points as many gasoline stations are available.

So there you have it. These are the advantages and disadvantages of hybrid and electric vehicles. It ultimately comes down to what you're looking for, and what your priorities are. We hope that this article has helped shed some light on the topic for you. Thank you for reading!