What does SS mean on a car? 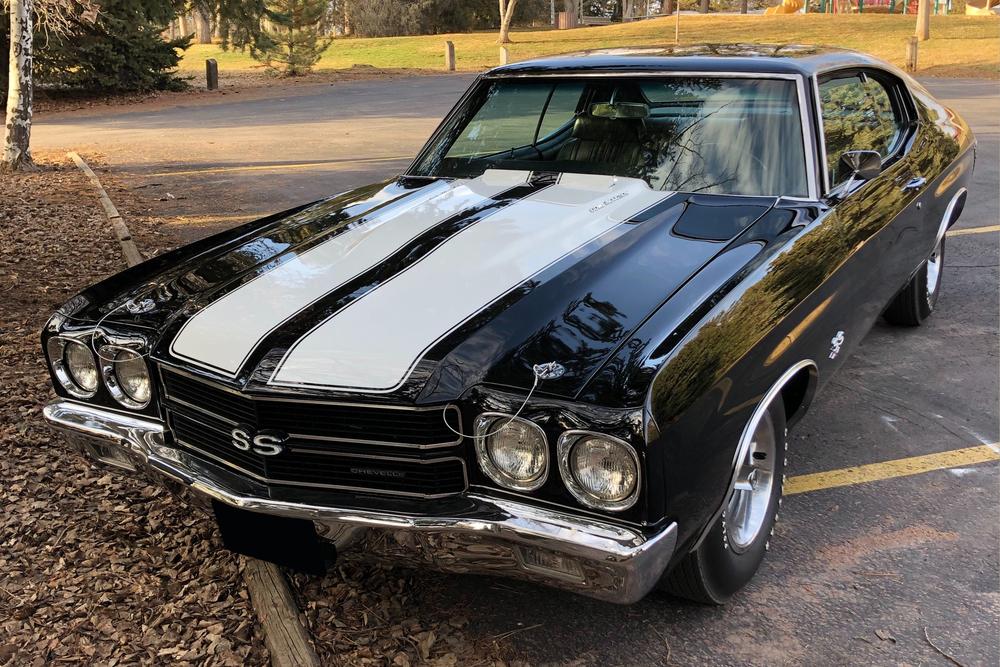 Like most acronyms on a car, "SS" can mean a variety of things, depending on the vehicle and the context. We mostly see the "SS" in muscle cars that have been fixed up and customized according to the driver's needs and we sometimes see "SS" in cars manufactured straight out of the lot.

But what does "SS" really mean? Is there an exact meaning behind it? Does it mean anything in particular for you, the driver? We're going to be discussing this today, so stay tuned and keep reading.

What does SS mean on a car

The SS acronym stands for the term Super Sport, entailing great auto design, and power under the hood. Chevrolet initially proposed it for the 1961 Impala, and the package ran until 2018 before it was discontinued.

Chevrolet has also used it for models like the Camaro and the El Camino. Though exterior features are significant in SS vehicles, the main element is performance. SS cars were meant to be faster with better brakes and suspension. Others have since become collection cars considering they embodied the best of the muscle car era.

What makes a car SS

The SS package is the designation of the highest performance package in some Chevrolet models. Most Super Sport variants come with a powerful engine, updated exterior trim package, and bespoke interior. Manufacturers also installed larger brakes and wider tires to control the higher power levels.

That is so you can tell it is not just a muscle car. Similarly, every SS engine has a unique serial number inscribed as well. You can also get the vehicle’s identification number on the inside of the driver’s door. It should display the VIN, model year, and original engine information.

Most SS engines are V6 or V8 types, as they were meant to be larger and more powerful. These include the 396, 427, and 454 V8 blocks associated with great speed. All SS models also have a super charged engine which enables more oxygen to be fed to the intake cycle.

The oxygen then combines with more fuel during acceleration resulting in higher power output. Chevrolet’s 1965 350 cu engine produced 295 horsepower though more recent versions like the 2009 Camaro SS have a 6.2 liter V8 producing 426 horsepower.

How to tell if your car is SS

There are certain tell-tale aesthetics of SS models like wide tires, distinctive grilles, and an SS badge. Super Sport models also come with a specialty tachometer or other differentiating gauges. You may also check the engine type, as big-block V8s are common for SS packages.

You can also find the trim tag on the inside of the driver’s door. These show the car's original package information, indicating if it is a true SS car. The build sheet is also under the back seat, depicting the car’s factory production information.

The first generation Corvette, produced from 1953 to 1962, was the first car to have an SS badge. This was because it was meant to be a custom racing sports car. That was before the first commercially available SS, which was the 1961 Impala. The package included a big block V8, high performance suspension, brakes, and whitewall tires.

Over the 60s and the 70s, the SS trim was offered for different Chevrolet models. The SS package is solely for General Motors models, and aside from Chevrolet, Holden was the only subsidiary to release Super Sports in the Australian market. The Camaro is also the only SS model in production to date though this may not be for long as Chevrolet may replace it with an EV.

Most of the SS models were manufactured as Chevrolet models. Due to their updated performance features and badging, they were meant to embody the top-of-the-line muscle car. Hence, the SS cars were only performance vehicle types. These included the Impala, Camaro, Malibu, HHR, cobalt, and the commodore. Holden SS models were based on the Commodore and the Holden Ute. Aside from the standard cars, some SS models were made for particular markets.

These were mostly a rebadge of the domestic model though there were new ones as well. The Chevrolet Caprice, for example, is a rebadging of the Impala SS and Holden Caprice. These were made for the Middle Eastern market. The Lumina SS from Chevrolet is also a rebadging of the Holden Monaro, which was for the Middle Eastern market. Chevrolet also made the Captiva SS, which is a compact crossover for the Indonesian market.

Chevrolet made five Super Sport truck packages from when it began the trim. Chief among them were the Silverado and the trailblazer, which have six-liter V8 engines. They are also the only SS trucks still in production for various markets. The other models include the SSR, S-10, and 454. Chevy’s 454 SS was a limited edition truck from 1990 to 1993, while the S-10 was the first domestically built compact pickup. It was produced from 1981 to 2004 before being discontinued. The SSR was only produced for three years, from 2003 to 2006, and was discontinued when General Motors shut down the Lansing Craft Center where they were made.

With the exception of the Camaro and a few others, most Super Sport packages have been discontinued by Chevrolet. The Super Sport moniker was given to specific models like the Impala, Chevelle, and Commodore because they were known as some of the best muscle cars. This was illustrated by their engine size, high-performance suspension, and different interior. The badging on the grille and sides confirmed their pedigree, making Super Sport models become very sought after. Unfortunately, Chevrolet has since changed direction from the muscle car theme that Super Sport embodied, which is why there are so few current ones.

What does SS mean on a car - Conclusion

SS can mean a lot of things in a car, but for most it means it's super sport. This means your car is built for speed, and for some it means the car is a true muscle car with all the bells and whistles.

If you're looking for a high performance, made for speed vehicle, you now know how to look for one. Look for the "SS" or find the verification on the engine serial number.