Transportation Trivia: What is Freeway & What is a Highway? 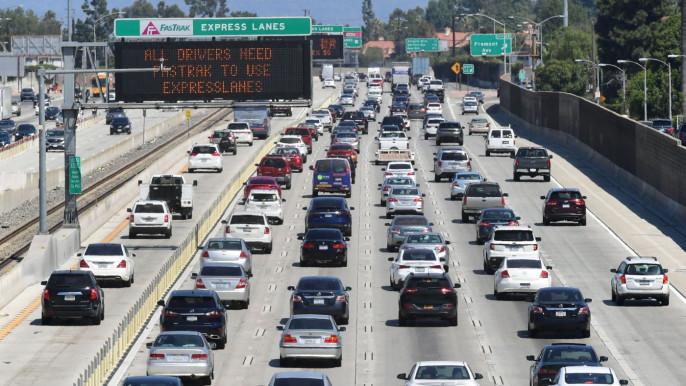 The NHS (National Highway System) of the USA covers a significant area of 160K miles; not all are highways. Some of them are freeways, but after reading this article, you can spot the difference. So without further ado, let's delve in and learn about them.

READ: What Is The Most Powerful EV Motor

What is the Purpose of a Highway or a Freeway?

Before discussing their respective differences, let us first understand why they are built. A freeway or a highway is primarily constructed to move large traffic volumes at high speeds. A smoother traffic flow can incredibly reduce travel time & can hence increase your commute in a benefitting way so you can easily reach your destinations.

What is a Highway?

May it be the United States of America or any other part of the world, a highway is a specifically designed road that has higher speed limits allowing vehicles to quickly travel through without any hindrances or blockades such as traffic lights, stop signs, or any other kind of slower-moving traffic.

A highway is a road mainly used for long-distance travel & is mostly built & maintained by the state governments. These highways often run through rural areas where the population density is relatively low compared to urban areas. Federal or state laws often have different speed limits for highways, but in the USA, the speed limit is mostly 70mph.

What is a Freeway?

On the other hand, a freeway is also a road designed for high-speed travel but is different from a highway in many ways. A freeway is a limited-access road that has controlled points of entry & exit. These points are usually designated by using on & off-ramps.

A freeway is built to allow a smooth & uninterrupted traffic flow that is not hindered by slower vehicles, pedestrians, animals, or any other obstacles. This is why a freeway has no grade crossings or other forms of a hindrance.

Freeways normally connect major cities and give an ideal pathway for trucks and other heavy loaders to easily carry freight from one side of the country to another.

READ: How Many Wheels Are in the World?

The Difference Between a Highway & a Freeway

Now that we know each of them let us quickly discuss their differences.

1) As discussed earlier, a highway is primarily designed for long-distance travel, whereas a freeway helps you quickly connect two major cities.

2)  The speed limit on a highway is mostly 70mph in the USA but can differ from state to state. On the other hand, a freeway has no specific speed limit, but generally, the speed limit is around 55-60mph.

3) To ensure a smooth traffic flow, a freeway has limited access points, usually designated by ramps.

4) You can easily find rest areas on the freeway, a luxury you don't get while traveling on the highway.

In some parts of the world, a freeway is called an expressway.

Which is bigger, a freeway or a highway?

Comparatively, a freeway is often wider & has more lanes than a highway. A highway crisscrosses the entire USA, so it is often longer than a freeway. It's normally a two-way road used for long-distance travel, whereas a freeway is mainly used to connect two major cities & is a limited-access road.

What can you find on a freeway but not on a highway?

As we discussed, a freeway is built to allow an uninterrupted traffic flow. To make sure that the traffic moves smoothly, a freeway has limited access points & no grade crossings. You can also find rest areas on the freeway, a luxury you don't get while driving on the highway.

What is a highway versus interstate?

Highways normally have controlled-access or limited access roadways, whereas interstates are restricted access roadways across state boundaries, interconnecting different states. Interstates are always freeways & have limited access, so you can get on & off the interstate only at designated ramps. You can find highways in the major centers of metropolitan areas, including large cities, towns, and so on.

Route 66 is one of the oldest highways in the USA & is also popularly known as the Main Street of America or the Mother Road. It's best known for its scenic route from Chicago to Santa Monica.

The highway got its name in 1926 & since then, it has been featured in numerous books, songs & movies. If you're planning a road trip to the USA, driving down Route 66 should definitely be on your bucket list.

READ: What does SS mean on a car?

So that's just about everything you need to learn for the freeway & highway.  Just to recap, a highway is a public road designed for long-distance travel. On the other hand, a freeway is a limited-access road designed to connect two cities or major metropolitan areas.

We hope this article has helped you understand the difference between a freeway & highway.