What Is The Most Powerful EV Motor 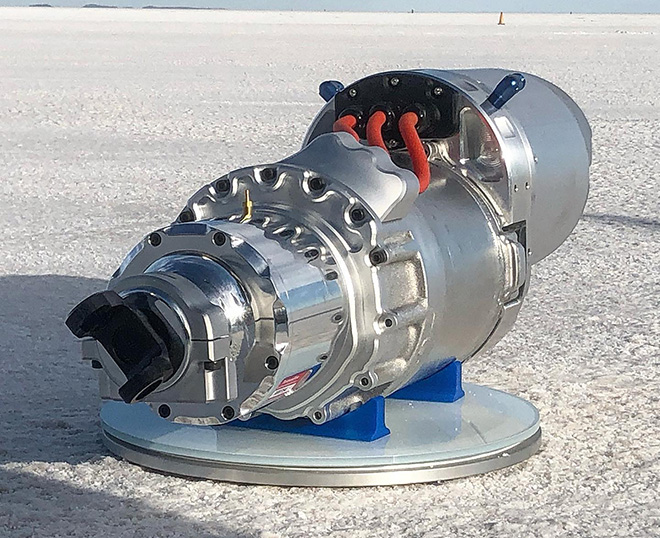 When it comes to electric vehicles, they do not work the same way as diesel fuel vehicles. The reason is simple, it doesn't have a gasoline tank or a fuel gauge but rather powers up on electricity. To get the most powerful EV motor, you need to understand how they work. So before we move on to answering the question, "what is the most powerful EV motor for your vehicle?" Let us first understand how exactly an electric vehicle works.

How Do Electric Vehicles Work?

Electric vehicles have a large battery that needs to be regularly recharged in order to keep the car running. This battery is capable of powering up the electric motor of the vehicle which in turn powers up the entire engine and makes the car work. With the power generated by the motor, the car becomes capable of moving forward and hence, you get a vehicle that starts moving on its own.

To make the electric vehicle work, it needs a port to recurrently charge the battery and an inverter to convert the Direct Current (DC) from the battery into Alternating Current (AC) so that it can be used by the motor. This is why it's important to have an EV charger at home, so you can charge your car's battery when it's not in use. If you don't have a charging port at home, you can find different options in various locations on the road these days.

Now that we know how electric vehicles work, let us get back to answering the question, "what is the most powerful EV motor" on the market at the time of writing this article?

LUCID has two electric motors simultaneously installed on each of the axles to propel the Air Grand Touring Performance. The front axle is given 403 horsepower and the rear, 647 horsepower. The all-wheel drive capability of the LUCID Air allows it

Two of Lucid’s proprietary electric motors – one at each axle – propel the Air Grand Touring Performance from 0 to 60 miles per hour in just 2.6 seconds. Like the non-performance model, it will feature a standard Ultra-fast 900V+ charging system, enabling users to add up to 300 miles in 21 minutes at a 350 kW DC fast charger.

Porsche Taycan, An Electric Sports Car With Over 750 Horsepower

Another great electric vehicle which is The Porsche Taycan is an electric sports car that delivers over 750 horsepower. It has a range of over 200 miles and can go from 0 to 60 miles per hour in 3.5 seconds.

Tesla Model S, An Electric Sedan With Over 700 Horsepower

Last but not least, The Tesla Model S is an electric sedan that delivers over 700 horsepower. It has a range of over 300 miles and can go from 0 to 60 miles per hour in 2.5 seconds.

All three of the electric vehicles mentioned above are great options if you're looking for a powerful EV motor. With that being said, the most powerful EV motor on the market at the time is none other than the LUCID Air with 1,050 horsepower.

What Are Some New Advancements In EV Motors?

Some of the benefits of solid batteries are:

While solid-state batteries are not yet commercially available, it is expected that they will arrive soon. This new battery technology will likely result in even more powerful EV motors as well as a longer range and faster charging times.

What Is The Future Of EV Motors?

The future of EV motors is looking very bright. With the continuous advancements in technology, it is only a matter of time before we see even more powerful and efficient EV motors. In the United States, the sales of electric vehicles have gone up by 40 per cent and are expected to grow even further in the coming days. The largest automotive markets now have fully electric-powered vehicles with a focus on a greener future & significant growth opportunities.

Without a doubt, we conclude with the fact that the most powerful EV motor on the market is the Lucid Air. This vehicle has a whopping 1,050 horsepower which makes it the fastest accelerating car in production. However, there are other great options available if you're looking for a powerful EV motor. Some of these include the Porsche Taycan and Tesla Model S.